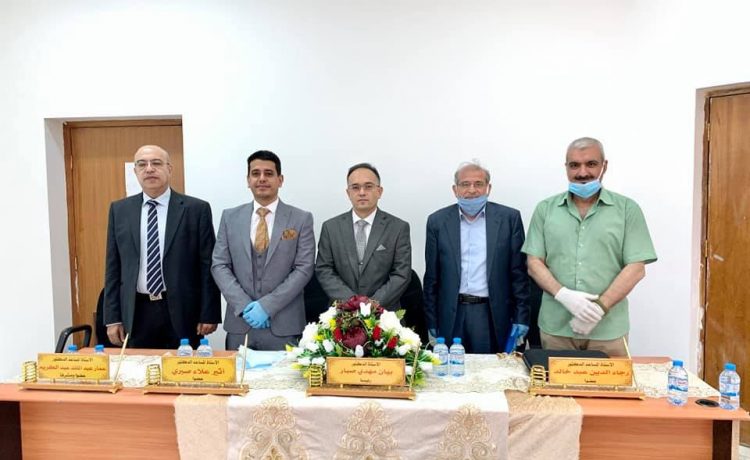 In this thesis, a deployment algorithm is designed to perfectly distribute the sensor nodes and other heterogeneous nodes to cover the pipeline as the algorithm helps to locate each node on the wall of the oil pipeline so the number of nodes can be increased depending on this algorithm. The hierarchical network architecture model consists of five layers that include sensor nodes, aggregation, and relay nodes that have been added to the network hierarchical structure, data relay nodes, base stations, and the network control center. The routing process in the network relied on improving the smart algorithm for forwarding or jumping by sending packets depending on the status of the relay contract in both directions which is within the transmission range of the nodes in which this algorithm is implemented( ISRJ) instead of relying on the number of hops adopted by the (SRJ) algorithm in order to reduce delay Network and reduce the energy consumed in the relay contract and the number of times the bandwidth is increased. OMNeT ++ and MATLAB were used to implement simulation scenarios. The performance of the two strategies in terms of packet delivery was compared based on the number of active relay nodes, received productivity, routing load rate, the energy consumed, and network delay where better results were obtained with network delay in some cases of relay node failure. In addition, the number of times the bandwidth increase in the relay node was compared and the results were good in a strategy. ISRJ, which includes transmission to the remote relay node where results are better when using this approach with acceptable energy consumption in the relay and grouping nodes added to the network.

At the end of the discussion, the thesis was accepted with minor corrections within a period of one month.